Our experience of over twenty years in providing mid day meals to children has been foundational in our response to acute food shortages experienced during the COVID-19 pandemic.

We continue to serve with tailored solutions to calls for help, be it from an individual or a group.

Read about our experiences here….

Extended lockdowns during COVID-19 brought us to an awareness of basic necessities for survival, primary among them being food. As people gathered outside gated colonies looking for work that could sustain them, SSM volunteers became privy to stories of hunger and deprivation in families that had previously survived by dint of their labour.

A community at the National Capital Region began mixing a type of wild grass with flour to reduce their appetite. Construction workers left at bay by contractors scrambled to feed their families and called the police helplines, ready to commit suicide rather than see their children starve.

Lower middle-income homes in Ahmedabad went from three meals a day to two and then to one, often going hungry and feeding only their children. For weeks, volunteers ventured into containment zones with dry ration packs in both Noida and Ahmedabad. 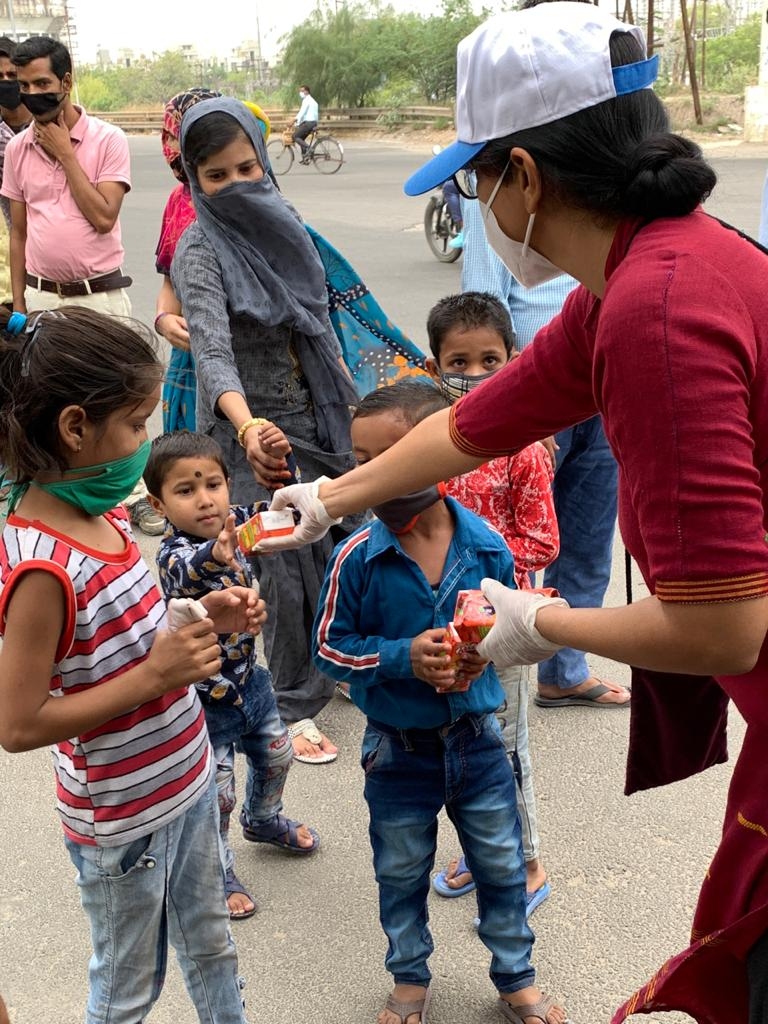 Across the country such stories abounded amidst pavement dwellers, daily wagers, small vendors, construction labour and many communities already subsisting on the margins. In Chennai, volunteers started a community kitchen serving 4,500 meals a day, while they also supported other kitchens supplying cooked food to the Municipality Corporation.

Anxious patients and their families waiting outside Ahmedabad’s Civil Hospital were served meals, while in Delhi, outstation COVID patients with comorbidities like cancer and chronic kidney disease and their accompanying families living on pavements outside or free Dharamshalas adjoining top government hospitals during the second wave’s severe lockdown were provided dry rations to see them through two weeks of their treatment.

In Ahmedabad, ambulance drivers waiting long hours with patients and attendants in never ending queues outside hospitals in the enervating heat of summer during the deadly second wave of the pandemic were served water and food.

Orphanages, Homes for the Elderly, Shelters for the Homeless and for the Mentally Challenged were also were also provided both cooked food and dry rations by volunteers from Kolkata, Mysuru, Chandigarh, Chidambaram, Varanasi, Mumbai, Pune, Nashik, Chennai, Ahmedabad and Delhi.

In the NCR, volunteers quickly put together a package of vermicelli, milk and sugar, enabling out of job pavement dwellers to light their kitchen fires in the morning with the traditional dish of Sewiyan on Eid.

From Srinagar in Kashmir, to tiny hutments where people lived separated by tin sheets in the middle of densely populated Kollam in Kerala, volunteers supplied dry rations aided and sometimes requested by local authorities. 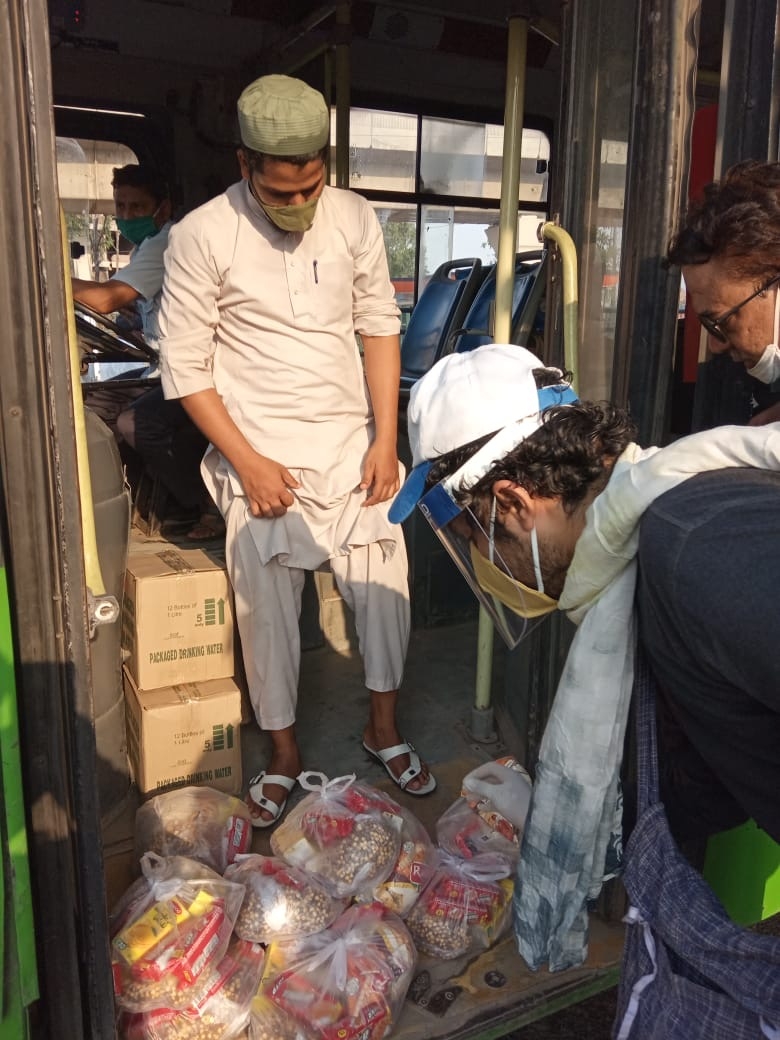 As the lockdown extended, migrant workers commenced homewards journeys worried about sustenance in cities, preferring to fall ill in their own homes.

Some travelled in the scorching heat on foot while one differently-abled young man pedalled his way from Delhi to Jharkhand home in a hand rickshaw.

Others were requested by authorities to stop in labour camps till they could be adjusted in buses and trains plying to their hometowns. In bus and railway stations and in the labour camps, many such homeward bound migrants were served packed cooked meals or provided sustenance packs with articles of personal care as well that would last through the journey by volunteers in Bengaluru, Chennai and the National Capital Region.